The deal, which represents an exit for two founder shareholders, will facilitate the next stage in the expansion plans for Agronaturalis as it widens its development, registration, and supply of high-quality, low-risk natural fungicides from its existing European base into North and South America, and North Africa.

Hampshire-based Agronaturalis supplies powder, granule and ready-to-use spray containing potassium bicarbonate to control a range of diseases in crops, principally grapevines, vegetables, and fruits. They have also recently launched a product for the control of Fusarium head blight in wheat.

As part of the acquisition, Richard Milling will take over the role of managing director at Agronaturalis within the DeSangosse group, and founders Stephen Shires and Jean-Pierre Laffranque will retire.

Earlier this month the K3 Capital Group was named as one of the leading UK dealmakers by Experian in their October 2021 UK M&A Review with deal activity across the group almost doubling compared with the same period last year, advising on 245 deals in the first nine months of 2021. The group was named as number one adviser in the North West, Yorkshire, Midlands, and Eastern regional league tables, and also ranked within the top five5 dealmakers within London, South East, South West and Wales.

The team was led by Quantuma’s Southampton-based director Philippa Robinson and managing director Ian Barton who oversaw the entire transaction process, including helping to guide the business through its preparation for sale, identifying buyers, negotiations on terms and price and agreeing a handover plan between both the exiting and continuing management and DeSangosse.

Stephen Shires, founder at Agronaturalis, said: "Choosing both the right time to sell and the right adviser was a huge decision for us as shareholders and we were delighted to work with the team from Quantuma led by Pip and Ian who were brilliant throughout the process.

Not made any easier by starting the process in mid lockdown earlier this year, they walked us through the whole process, both helping us understand what was needed, and then being on hand 24/7 to help us get the deal done quickly and successfully.

They delivered a great outcome for us as shareholders, both in terms of value but also in terms of understanding and then delivering our exit objectives. They were able to clearly see both what we wanted and what the buyer wanted, getting to grips with our business and market, then skillfully bringing all these elements together."

Ian Barton, Managing Director at Quantuma, said: “Getting deals done when you are not able to meet the client or the buyer in person is a challenge we have all got used to over the last couple of years, but the benefits of technology helped us build a great working relationship with both the shareholders who are based across Europe as well as DeSangosse based in France.

“Working with the team at Agronaturalis to help deliver the transaction and deliver their exit objectives was a real pleasure. The sale is a great result for both the sellers and the buyers; it is rare to see such a good match between parties and there is much excitement and opportunity for the future.

“Agronaturalis is a business in a growing part of the agricultural market, developing natural solutions to crop disease challenges and we will look forward to following its further expansion as part of DeSangosse onto a broader global footprint.” 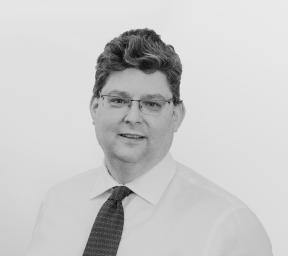