Simon Campbell
27 April 2021
The combination of Brexit and the pandemic has done severe damage to several sectors. For agri-businesses, it’s been more the former than the latter, but recovery is on the horizon, despite these and other challenges. Simon Campbell, restructuring specialist and a managing director in our Restructuring & Insolvency team, looks at what the industry has on its plate.

Brexit and the pandemic

Agribusiness − the sector relating to farming and businesses related to farming − contributes a relatively small share of the UK economy. But that does not diminish its significance; it has an out-sized significance in the collective national mind.  After all, this is the sector that encompasses the food-production process that we depend on, including chemicals, production of crops, farm machinery and the supply of seeds.

Like many other sectors, agribusiness has experienced challenging times over the last few years, due to Brexit-related changes, such as increased paperwork. A recent report indicates that form-filling and “mountains of red tape” since the end of the transition period have cost the UK meat industry alone a potential permanent loss of trade of between 20-50% (Source: https://britishmeatindustry.org/industry-news/new-impact-report-reveals-the-real-cost-of-brexit-to-the-uk-meat-industry).

Finding sufficient labour to help move produce from field to plate has posed a few problems too, since free movement between the UK and EU ended and the pandemic set in. As a sector that relies heavily on seasonal and casual workers, restrictions on recruitment can cause significant problems.  At the end of 2020, the government announced that it would treble the number of people allowed into the UK for temporary work this year, to 30,000, through the Seasonal Agricultural Workers Scheme (SAWS). But at this point, it remains to be seen whether this will be enough.

The pandemic has of course had a severe impact as well, creating more uncertainty for the sector. For instance, closure of cafes and restaurants has created a drop in demand for produce. The industry, particularly for instance, smaller farms, have been affected by workers self-isolating or being ill with Coronavirus.

However, there have been some pockets of promising news. In October last year, the government announced that £25m had been made available, for ‘productivity-boosting’ farm equipment through the Countryside Productivity Small Grants (CPSG) scheme. The third round of funding through the scheme, it has enabled farmers to apply for grants of between £3,000 to £12,000, to buy new and innovative equipment.

The UK Agricultural Bill, which replaces the Common Agricultural Policy support schemes and became law in November last year, is largely viewed as a positive development too. The new legislation seeks to overhaul government support for agriculture, aiming to incentivise farmers with UK government subsidies for improving air, soil, and water quality, and reducing flooding.

Brexit has allowed the government to tailor these support schemes to specific UK requirements.  Whether all parts of the sector are satisfied remains to be seen.

So, what’s the outlook for the sector, all things considered?

Looking at the short term, in the next few years to 2025, the forecast is for zero growth in the sector. It is also anticipated that activity this year and next will drop, before it then steadies, as the industry gets used to the new trading regime resulting from Brexit. However, the outlook is brighter from 2023, when growth will resume its long-run average pace of 0.8% per year.

There is no evidence of it yet, but some economists are forecasting significant inflation in the next 12 months. If that morphs into a more serious, more prolonged cycle, the relatively benign macro-economic climate could swiftly disappear which would present sizeable challenges for everyone including the agri-business sector.

It's been a difficult year for everyone, but the ability of farmers and the industry in general to double-down in a storm and cope with whatever’s thrown at them never ceases to surprise me. 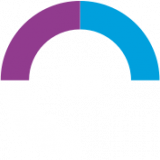