The future of the oil and gas sector

Andrew Hosking
22 March 2021
One thing is clear about the future of the oil and gas sector: there will be a shift from fossil fuels to cleaner energy. In the meantime, it has, like other sectors, had to contend with the shock of coronavirus. Andrew Hosking, one of our managing directors specialising in restructuring and insolvency reviews the impact of the pandemic on the sector and identifies the likely changes on the way.

While the oil and gas sector is undergoing significant change, it does not mean that the end of the sector is in sight. However, the pace of its progress is expected to continue to slow down.

Many sectors have been affected by Brexit-related change, but it is unlikely to have an impact on the oil-and-gas sector. Much of the oil we extract from the North Sea is unsuitable for refinement for petrol. It’s more of a heavy lubricant and, as a result, we will continue to import the oil we need from other oil-producing countries, none of which are in the EU.

However, the pandemic is another matter. The oil and gas sector has been severely damaged by the knock-on effects of coronavirus. In fact, it is arguably the worst-hit sector of all, when we consider how essential oil and gas are for transport − and to provide power and heating for industry. And as industry has been more or less ‘frozen’ in many countries, the demand for oil and gas has dropped sharply as a result.

For instance, on 6 January last year, a barrel of crude oil was trading at $63 a barrel and, within eight weeks, it was down to $31 per barrel. If you look at a comparison of the market between January 2020 and January 2021, it is clear how much it has been affected by coronavirus. At one point, BP’s share price was more than halved, and getting the business environment back up and running again is going to take a considerable amount of time.

Impact of lack of travel

While we may come out of lockdown in the next month or so, subject to vaccination progress, it is as yet unknown when we will be travelling, socialising and going about our day-to-day business in the way we all took for granted prior to the pandemic.

Many countries have said that they are in favour of vaccine passports or that people will only be able to visit once a certain percentage of the population has been inoculated. In any case, any transportation which uses refined aviation fuel – a significant part of the oil sector − is still largely on hold. Some countries are not accepting planes full stop, and many more are not accepting planes containing travellers, or even produce, from other countries until it is checked and cleared. We have the same issue with transport by lorries because border crossings have been limited. Furthermore, there’s the issue as to whether industry will continue to exist in its current format, post-pandemic, as our world has systemically shifted.

Knock-on effect from changes in the retail sector

To give an example of a significant systemic change to industry, we just have to look at shopping centres and malls. These obviously consume considerable amounts of electricity, and oil or gas for heating. But how many shopping centres are likely to be able to be brought back to life to where they were previously? The answer is very few.

The prospects for the retail sector itself are unlikely to be bleak because it will continue to reinvent itself on the internet. While it will still have ‘bricks and mortar’ premises, it will require less oil and gas. That’s because we will no longer have shops such as Debenhams or BHS for example, which had to carry vast amounts of stock and heat large stores. What we’re more likely to see in the future are much smaller units such as ‘sample shops’. These will cater for shoppers who have seen something they like online, but still want to check it out in person before they buy it. Once they’ve seen it ‘in real life’ and decided they want to buy it, all they will have to do is order it in the store and it will be delivered to them that day or the following morning.

The upshot of the post-pandemic changes to retail is that there is unlikely to be a demand for big shopping malls in the future. The signs are already there, as we saw with shopping-centre owner, Intu, which went into administration last June. The cost of building such centres could be a problem now, in any case. The ability to build enormous shopping complexes has depended on substantial bank funding. But bank funding has only ever been granted on such projects on the basis that it will be underpinned by substantial lease covenants from tenants, and none of them will be prepared to commit to that now.

So, in conclusion, there will not be the same demand for oil and gas because people are not going to shop in the same way or, indeed, even return to work in the same way, As a result, the consumption of oil and gas is going to change significantly. It is therefore unlikely to be an industry that will quickly recover from the impact of the pandemic.

Building financial fortitude: more support for advisers and businesses
For more information, insight and support on the key issues businesses and professional advisers are facing please go to our Building financial fortitude hub at www.quantuma.com/fortitude. There you will find a series of video interviews, articles, and further support from experts across our firm.

If you have queries or need advice or support.
< CONTACT US > 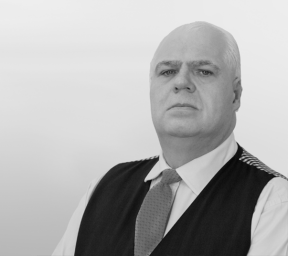