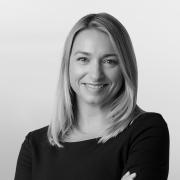 M: +1 (345) 326 1790 E: angela.barkhouse@quantuma.com in: View my profile
Angela is head of our Cayman business and an expert in financial investigations, offshore asset tracing and recovery, data analysis and intelligence.

As a cross-border asset recovery specialist, Angela provides project management and litigation support to locate and repatriate the proceeds of fraud and corruption hidden in foreign jurisdictions. Her broad expertise in financial investigations, asset tracing and dispute resolution provide her with the knowledge to derive practical solutions to seemingly complex cross-border issues.

Angela has consulted with governments, law firms, banks, corporations, and NGO's. She has led high profile and complex investigations in bribery, corruption, malfeasance, conflicts of interest, embezzlement and stolen sovereign wealth and recovered assets for clients and victims of fraud, corruption and misconduct.

Angela’s knowledge of insolvency as an asset recovery tool in offshore jurisdictions in the British Virgin Islands and the Cayman Islands enables her to ascertain the facts for a client, recover financial losses and repatriate stolen assets.

Recognised in both Who's Who Legal and Global Investigations Review as a Global Elite Thought Leader in Investigations and Asset Recovery. Client testimonials refer to Angela as "tenacious" and "fearless", noting her "innovative investigative strategies".

Recent examples of assignments include acting for a newly elected Government in Asia in investigating money laundering through the central bank with the collusion of high-ranking members of the former government and government agencies. Angela has also recently led the forensic investigation into the misappropriation of substantial assets by members of a former regime in South Asia through the central banking system and government-owned entities, supporting multi-jurisdictional litigation for both criminal and civil proceedings in claims exceeding $1billion.

Angela began her accounting career in 2001 within internal finance, providing executive support in financial reporting to a mix of retail, creative media and accounting firms. In 2008 she retrained with a Top 6 accounting firm in investigations and asset recovery and has since led complex investigations into fraud, collusion, bribery, corruption, and made cross-border asset recoveries, as well as traced assets in support of litigation.

Angela has a long-standing passion against corruption and the social inequality that it causes, which has led her to provide additional advisory/independent roles outside of private practice, including a role as an independent expert on behalf of the UNDP, assessing investigation strategies for the Instance vérité et dignité (Truth & Dignity Commission) in Tunisia, and an advisory role in the strengthening of policies and capacity by the UK’s HMG Fraud Error and Debt Team. Angela contributes regularly to international discussions on corruption and asset recovery and is also part of the Expert Roster for the Office of Integrity Compliance and Accountability for the Caribbean Development Bank.

Outside of work Angela enjoys spending time with family and friends as well as reading and diving.

20 April 2021
Corruption in the pandemic and the importance of asset recovery
The COVID-19 pandemic has brought unprecedented challenges to health and human suffering, requiring rapid responses from governments to limit the rates of infection.

24 March 2021
A guide to pursuing non-performing loans
The pursuit of non-performing loans, especially where fraud is involved, often appears to be a tricky undertaking – to the point that some may decide to avoid it. But with the application of specialist knowledge and expertise, it is much less of a challenge than might be anticipated. Angela Barkhouse, managing director and lead of our Cayman business and a leading expert in cross-border asset recovery, considers the key issues.