The long road to recovery:  A considered response to the Autumn Budget

Carl Jackson
11 November 2021
Following the Chancellor’s October budget announcement, on Tuesday 2nd November, we invited a panel of experts to look at some of the detail and dissect what it means in real terms for UK plc.

A spending splurge, the likes of which not seen since the 1970s, financed by the highest tax burden since the 1950s in a budget from a Conservative chancellor – it added up to a curious affair for our panel to digest at our live webinar event on Tuesday 2nd November.

“One of the big questions at the moment in the Conservative Party is, what is [their] ideology? What does it stand for?” asked Jimmy McLoughlin, a former special adviser to Boris Johnson and Theresa May. It didn’t take long for Jimmy to answer his own question: “What the Conservative Party stands for is winning... it will do anything to win.”

While last month’s Autumn budget received its fair share of criticism the day after chancellor Rishi Sunak delivered it, the fact that negative commentary quickly died away was notable, said Jimmy: “They will view it as a success, largely because [newspapers were not] writing about it one week on.”

Along with our Chief Executive, Carl Jackson, Jimmy, who now runs the Jimmy’s Jobs of the Future podcast, was joined on the panel by Kitty Ussher, chief economist for the Institute of Directors, and Cassandra Stavrou, the founder of PROPER, a successful snacks business.

There was agreement that Sunak’s decision to announce tax rises before the budget itself was a political risk that had paid off, and Kitty thought that the levels of spending in the budget were a notable symptom that the COVID-19 economic crisis wasn't quite as bad as previously feared.

“If [Sunak] had known that back in March, he wouldn't have raised corporation tax that much, maybe the health and social care levy that raised National Insurance contributions [would have been different].

“He chose to continue down a path with much greater government spending. In a sense, it was the easiest budget any chancellor has ever had to deliver because he'd already done the tax raising and all he had to do was show that debt was going to continue to come down...and spend money on all the things they needed to spend money on.”

The panel noted that the budget was light on business measures, but that wasn’t a surprise: the Government probably took the view that they've done enough to support businesses survive the fallout from COVID-19, and now they will want market forces to take their course.

Arguably the biggest measures for companies related to business rates reforms, including more frequent revaluations and a freeze to the multiplier used to calculate the tax, which will save businesses about £4.6 billion over the next five years.

Kitty said these moves were welcome but did not amount to the “fundamental reform” promised in the Conservative Party manifesto.

We had expected further reforms to capital gains tax, which were anticipated by entrepreneurs and have been driving M&A activity and are a way for the Treasury to raise a not insubstantial amount of tax from a relatively small group of people. The fact capital gains tax wasn’t hiked can only have been a political consolidation, but we may not have heard the last of it.

Perhaps Sunak had entrepreneurs like Cassandra in mind: she told the webinar that there was little to comfort founders in the budget. “Headwinds is a word we're using a lot internally at the moment. It's a tough trading environment.

“As a food business operating in multiple markets, you can imagine the challenges we're facing. The war for talent is now everywhere. When I speak to friends who run businesses, this is the key thing that's keeping them awake at night.”

A global supply chain crisis, inflation and a fear that the Government doesn't have “the back of the country's risk takers” were other concerns, he said.

She added: “I have noticed a distinct shift in tone and language for the worse from the Government since I started my business 10 years ago. The budget didn't ignore entrepreneurs...but schemes designed to encourage risk-taking, like entrepreneurs’ relief, have been reduced recently.”

One could argue that bureaucracy and red tape has got markedly worse in the decade or so and, in response to an audience member’s question on red tape, Kitty said that despite the absence of Brexit in the budget speech, members “that trade with the EU are finding it very, very challenging” including proving rules of origin to benefit from tariff-free trade. “Sometimes it's easier just to pay the tax.”

There are certainly very tough times ahead, but we are not anticipating a tsunami of insolvencies as inflation bites and pandemic-related debts fall due. We do think there will be a spike in corporate failures towards the end of the year and in early 2022, but our expectation is that insolvencies will be back to where they were pre-Covid once we get further into next year.

However, the panel didn’t think we’d see the surge in investment the Government wants, either. While there were measures to encourage investment, including reforms to the R&D tax credits regime, Kitty felt they wouldn’t be relevant to lots of small and medium-sized companies.

“I think [government has] a misunderstanding of what the word investment feels like for most businesses. Most are in the service sector and [for them] investment probably means taking on more people. When you deliberately make it more costly to employ someone, and you don't have tax incentives for reskilling and upskilling, it feels like they don’t really understand what growth feels like for smaller companies.”

Cassandra felt a shortage of green measures in the midst of the COP26 climate summit was another miss: “It is going to be tougher for businesses to do the better or the right thing when they are facing business-critical events day in, day out. The Government should have gone further, we just can't afford to let sustainability fall out of businesses’ price range.”

Jimmy concluded that while this was a “holding pattern budget” that was politically “astute”, it had left plenty of big decisions left to be made.

“Every 30 or 40 years, you get a big shift in politics. We are at that moment again because we're almost seeing a modern-day kind of renaissance in the way the economy has changed, from technological changes to migration flows. At the moment, it doesn't really feel like the UK economy or UK business have adapted to that. I think we'll see bigger and more impactful budgets closer to the [next general] election.” 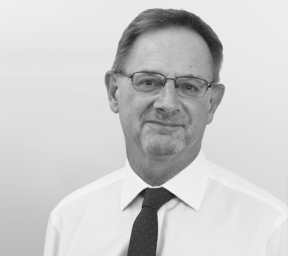